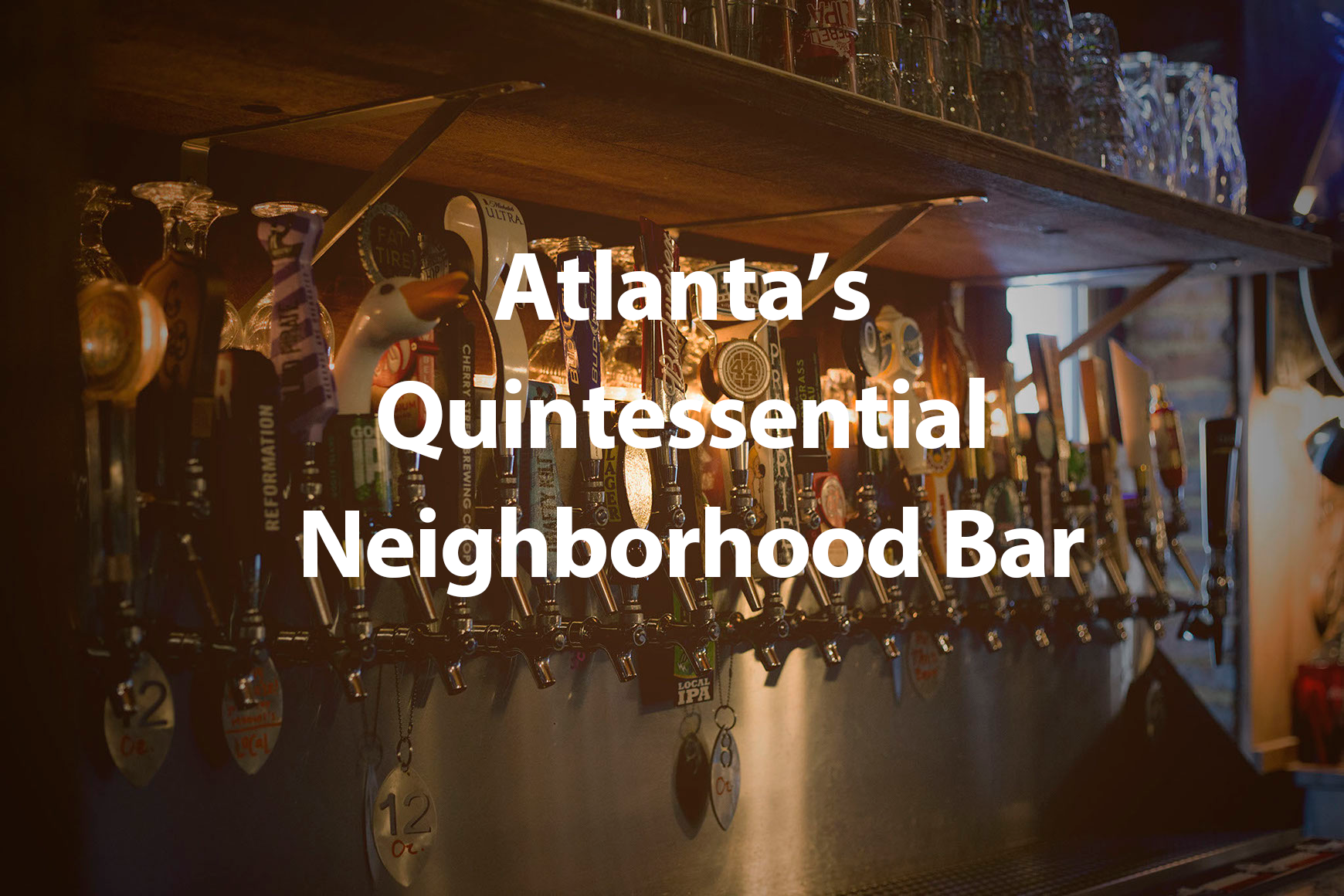 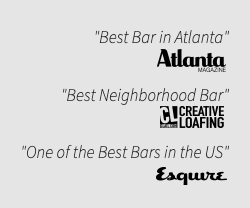 Thank you for your interest in reserving one of our event spaces. Below you’ll find overall details and important contact information that will help you schedule your next surprise birthday party, book club gathering, political meeting, scavenger hunt, etc. 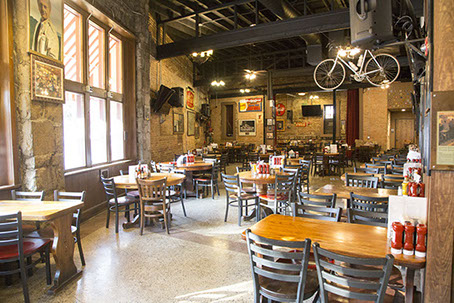 Not so high up anymore, the Eagle’s Nest is now handicap accessible. We brought it down to ground level and it can now be reserved at full capacity (40 people) or split into 2 areas (20 people per section…which you probably figured out yourself). It is currently separated from the main dining room by big theatrical curtains to provide privacy and sound reduction, but please feel free to curtsy/bow upon entering (thunderous applause not guaranteed) 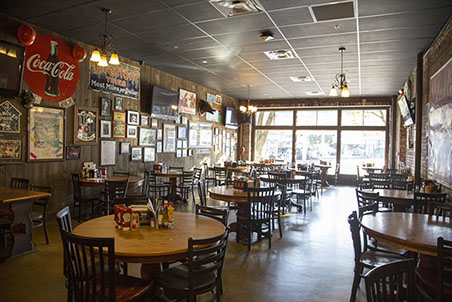 Formerly the “Back Bar” or “That Side Of The Building You Didn’t Know Existed Until Last Week,” the First Level holds 80 people at maximum capacity. There is ample seating and big windows for people watching, plus some really cool stuff hanging on the walls. This section is ideal for larger events, especially one requiring a buffet setup. Don’t ask if there is another “level” to rent other than the First. It is the only one.

So now what do you need to do? Email our amazing event coordinator of course! Write us at manuelstavern.atl@gmail.com and please include your name, phone number, number of guests (rough estimate is acceptable), preferred date / time, and which space you are interested in reserving! Calling is also an option (404.536.8130) but let’s face it, email is the way to go these days. During busy times (the holiday season, for example) please check back if you don’t hear from us at all! We are definitely not ignoring you, it’s just that sometimes phone calls / emails can get lost in the massive amount of requests and inquiries.

Last important thing: please, please, PLEASE let us know if you need to cancel. Our feelings will not be hurt, BUT it will help us with booking other parties and scheduling staff.

In 1956 Manuel Maloof bought Harry’s Delicatessen, a sandwich and beer joint with a front of Stone Mountain granite and an interior of makeshift counters and fluorescent lights. Manuel transformed it into a neighborhood bar modeled on the taverns he had visited while stationed in England during the Second World War. He filled the Tavern with salvaged furnishings–mismatched chairs and tables, booths, lighting fixtures, wall paneling–from grand old homes and stores scheduled for demolition. Later, his brother Robert joined the business.

Manuel eventually served as the CEO of DeKalb Count and became deeply involved in Democratic politics in Atlanta and Georgia. His political career dovetailed with the Tavern, which he said let him listen to the man on the street. He passed away in August of 2004. Still, he is fondly referred to as the “Godfather” of Georgia Democratic politics.

Although major political figures regularly drop by the Tavern, it is also a gathering place for blue-collar workers, the press, writers, actors, policemen, and just about anyone else you can imagine. The Tavern represents a true cross-section of the Atlanta community.

Manuel’s Tavern is still owned and operated by the Maloof family.